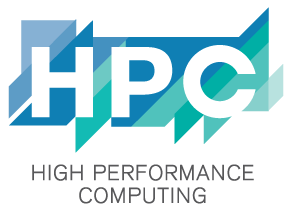 This page documents the various GPU settings and modes for the Lilac cluster in more detail than the Lilac Cluster Intro page provides. This page looks specifically at the new GTX 1080 GPUs, although many of the options apply to other Nvidia GPUs as well. Where applicable, this primer will talk about how these properties interact with the Lilac Cluster

Topics Covered in this Primer

nVidia provides a tool to view the status of GPUs, such as their current memory load, temperature, and operating mode. The command to see this info is nvidia-smi, but this can only be run on nodes which have GPUs, so this command fails on the head nodes. Here is a sample output from a Lilac node with 4 GPUs on it.

The entries at the top match with the entries per GPU by position, e.g. the Bus-Id entry in the top center cell matches to the 0000:02:00.0 in the second row, center cell. There are many things to digest here, but let's only cover the items that will most likely be important to your jobs.

These individual items of note will use the above, shortened example.

The bottom table labeled "Processes" is the list of processes running on the GPUs listed in the top table. The entries in the box are self explanitory and there will be an entry for every process running. Here is a simple example where a python process is running on 1 GPU

Here you can see the process is "python", the process ID you would see in top is 3505, it is running on the GPU with index 0, and it is using 115 MiB of that GPUs on board memory. The type field will either be "C" for compute (what most of your processes will be), "G" for graphics (if the GPU is doing rendering like being connected to a monitor), or "C+G" if its doing both.

Identifying and running on specific GPUs by the CUDA_VISIBLE_DEVICES environment variable

Each physical machine has some number of physical GPUs associated with it. When you start a process on a GPU, which physical GPU it start on depends on a few factors:

These indexes match up with the GPU entry from the nvidia-smi output above. When your job starts, these are assigned to you, however, you can change them to control exactly what device your process starts on. If you tell your job to sign into NodeA and then export CUDA_VISIBLE_DEVICES=0, any process which uses the GPU can then only execute on the GPU in slot 0. You can only set this to devices assigned to your job, if you attempt to set this to GPUs not assigned to you, then your processes will not start.

Lilac is configured to only give you access to the devices you request, and renumbers the GPUs starting at 0. So if you request 2 GPUs and you get the GPUs in physical slots 1 and 3, you will only see 2 GPUs though nvidia-smi and they will be given the indices 0 and 1.

How processes are distributed when CUDA_VISIBLE_DEVICES is set

As you can see, the behavior of shared mode requires some management of CUDA_VISIBLE_DEVICES otherwise only one GPU will be used.

It is possible to run multiple GPU Contexts (rough equivalent to a CPU process on the GPU) on a single device, even if the device is in exclusive mode through the CUDA Multi-Process Service (MPS). In short, this feature allows you to emulate shared mode on the GPU by running a single MPS daemon on the GPU which processes your job's processes to run them on the GPU together.

You can enable this feature with your Lilac jobs by adding the following flag to your bsub submission, or as a #BSUB directive in your job script:

This sets the environment variable that tells LSF to start the CUDA MPS daemon on the nodes and GPUs assigned to your job.

When you start processes with MPS, you will no longer see your own processes in the process list from nvidia-smi, instead, you will see that each GPU will have a single process called nvidia-cuda-mps-server, independent of how many processes that are running on that GPU.

Important: MPS does alter the behavior of CUDA_VISIBLE_DEVICES, your GPU indices, and has a few limitations as to what can be run on it.

Since GPUs are re-indexed, your CUDA_VISIBLE_DEVICES variables should start at 0, however, your job will need to figure out how many GPUs per node you have either from the job environment variables, or hard coded in your script since you cannot determine how many GPUs you have from the CUDA_VISIBLE_DEVICES variable. One option is to look at the LSB_HOSTS variable once your job has started which is a space separated list of the hosts your job is running on, where each host is repeated for each task on that host. E.g. If you have 3 processes on host "ls02" and 2 processes on "ls05" with equal GPUs on each one, your LSB_HOSTS would look like

where you can then infer the what CUDA_VISIBLE_DEVICES per host should be by counting up from 0 on each host, so

Limitations of the MPS feature

Although MPS allows multiple processes to run on an exclusive GPU, there are a few limitations to this service.

These will probably not affect most jobs and users, but please contact the HPC team if you feel these limitations will affect your work. Remember that MPS is optional and is off by default.

Lastly, if you find yourself running jobs on shared mode GPUs, do not run MPS. You can technically run MPS on shared mode GPUs, but there is no gain from this since you can already run multiple processes per GPU, but you do lose some memory on the GPU, there is a small computational overhead to running the MPS service, and you limit the number and type of Contexts you can start, so there really is no point in doing so.